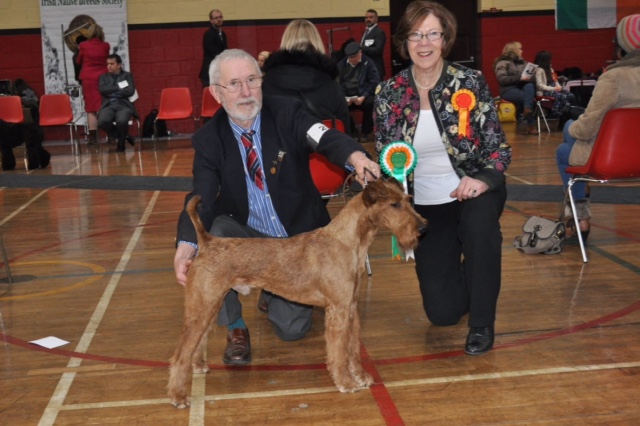 At Kerrykeel Irish Terriers we are very proud to have Ben join our family. One of his achievements that we're also very proud of is Challenge Certificate (CC) won at Cruft's Dog Show 2017. It's hard to believe that considering everything that Ben won so far, he's still only 18 months old.