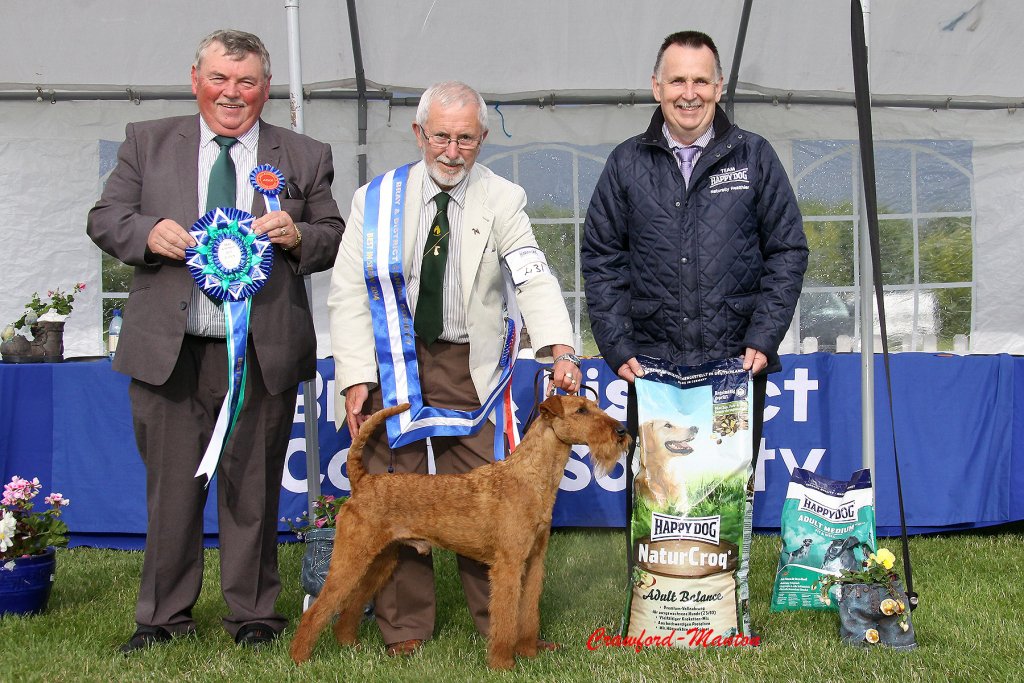 04/08/2014
Champion Kerrykeel Eoghan proved his worth to a crowd of over 1200 other dogs at the Bray Championship Show in Ireland.

Champion Kerrykeel Eoghan got the Green Star, Best of Breed, the Terrier Group and rounded it up at the end of the day with Best in Show.

Best in Show Judge was the well known and experienced, Patsy McDevitt.

Started off as a casual holiday around his home turf and ended up with Kevin and Eoghan winning a well deserved Best in Show.

Find some more pictures of the day at:
http://www.irishcaninepress.com/14bray/index.html
Next
Previous