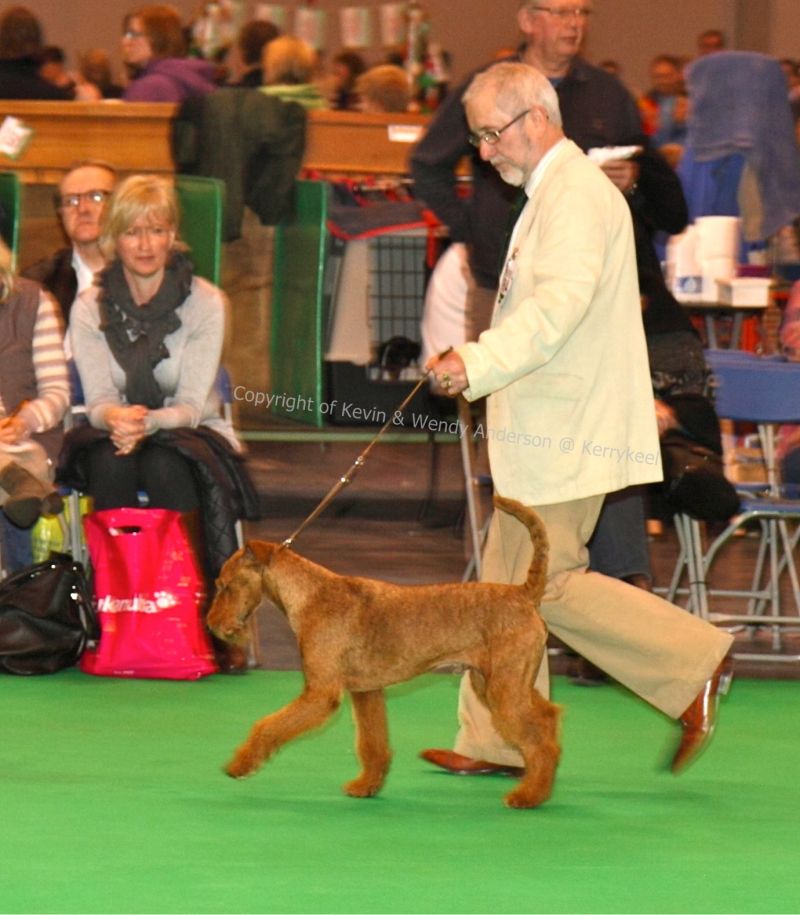 Receiving his Championship title and making his owner Mark Bisset and breeder Kevin Anderson very proud, Kerrykeel Enda has again surpassed expectations by proving why he is the wonderful dog that he is.

It was also a great day for Kerrykeel Daithi who received the Reserve CC. Another great achievement!